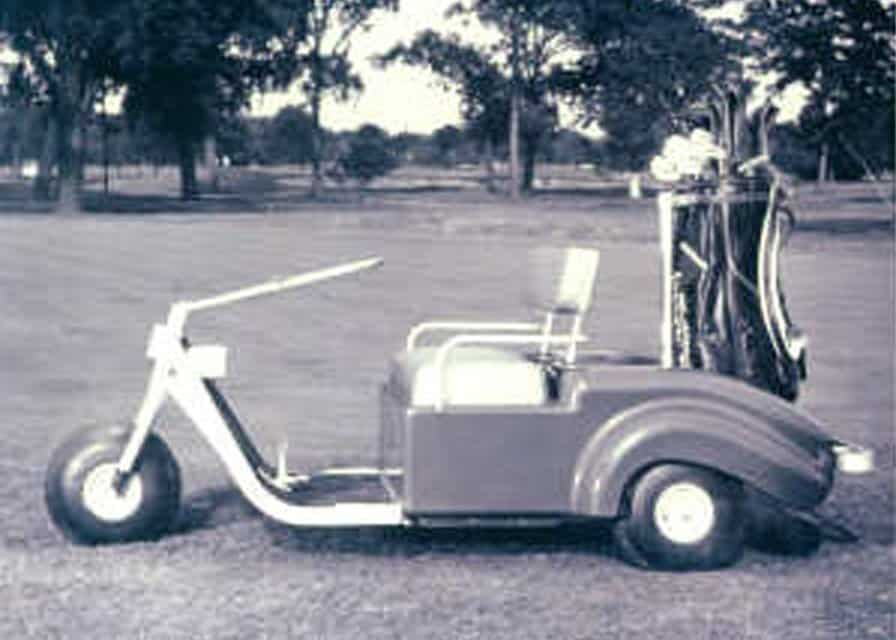 Right after my used Club Car golf cart was purchased and in the garage, I set about looking for accessories and tune-up kits for it. First, I had to figure out what the model and year of my golf cart was by reading the serial number.

The year of a Club Car Golf Cart is the first two numbers following the model letters on the serial tag. Since 1981 this tag is located just below the glove box on the passengers side of the vehicle.

It turns out that Club Car was pretty consistent with their serial numbers over the years and if you can read the first six digit on the serial plate, you can find the year and model of your cart.

The serial number is located in one of two locations:

For a list of all models including the remanufactured ones please visit the Complete Club Car Model Prefix Chart.

The first letter and second letter at the beginning of the serial number indicate the vehicle model. The following four digits are the digits of the year of manufacture and production week during which the vehicle was built. The last six digits after the hyphen ion the serial number plate will be the unique sequential number assigned to each vehicle built within a given model year.

Using the chart below, the first 2 letters (AG) of the serial number tell me this is a Club Car DS Model Gas Golf cart (an A by itself would be a DS electric), and the next two digits tell me it was built in 1996. The 5th and 6th digits tell me it was the 25th week of production and the trailing numbers are the serial…or 503,802th produced.

Note: The Precedent has 2 models – the “Champion” and “Professional” models. If the steering wheel has a square center it is the Professional. If it has a round center, it is a Champion model.

Need To Tune Up Your Club Car? Click Here!

Check Out “History Of The Golf Cart” For Club Cars Origin

1982-Present DS Models have a square front nose with a small black plastic bumper on the lower part of the front end.

2004-Present Precedent Models have a rounded front nose with a wide black plastic bumper that wraps around the cart.

In 1993, Club Car replaced the plastic and fiberglass bodies with Armorflex which was a thicker and more durable material. It was less likely to bend and could break in a collision, but it would take a good deal more force to cause harm to it. In 2003 the material Surlyn by DuPont was introduced in the Club Car Precedent Golf Cart. The Precedent’s color is molded into the product thus eliminating painting and clearcoat.

We hope we have helped you find out “What Year Is My Club Car” with this handy reference guide.

Note: The Club Car Golf Cart was brought to prominence in the field by eight of the original executives, recently resigned from E-Z-Go. They were late entering into the gas-powered golf cart field, but in the years that followed rose to one of the top-selling carts in the field. The Club Car family is now part of Ingersoll Rand Corporation.